What in the world is Internal Communication?

As Sir Tom Farmer CBE, founder of Kwik-Fit, who built his enterprise from one workshop to a £1 billion organisation, put it… “In any business there are two types of customer – internal customers and external customers – the business depends on both types”

Effective internal communication is vital for establishing a credible link throughout the organisation; providing direction and generating enthusiasm, in order to make the right things happen.

Get it wrong and you could be in big trouble 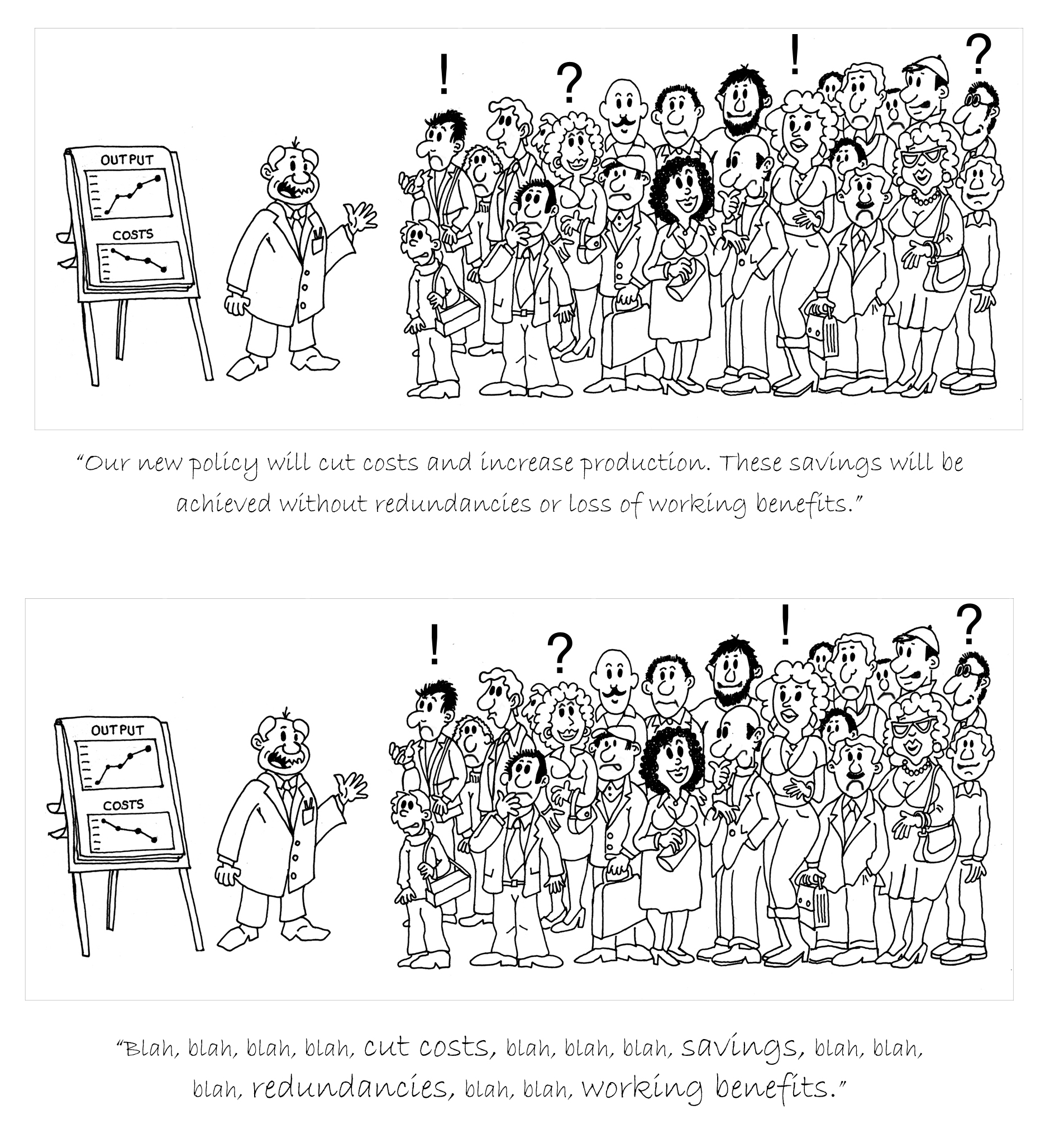 END_OF_DOCUMENT_TOKEN_TO_BE_REPLACED

How to Use Organisational Memory to Encourage Change

Much has been made of the idea that organisational memory inhibits changes that senior managers want to make. They feel plagued by the attitude still clung to by some that “that’s the way we’ve always done it.” And, if truth be told, then there’s no question that that conviction will prevent modifications from being made, no matter how positive they are.

All this effort..! Why are we not making progress..?

Are such memories bad?

That doesn’t mean, however, that such memories will always prevent you from making the changes that you want to or that if they do, that that is necessarily a bad thing. It could prevent you, for example, from doing something that sounds great on paper, but for very good reasons won’t work in practice. For instance, let’s say that you want to delegate some of what you do to those that you supervise. It could be that because of the uniqueness of your situation that you can’t do it legally – that there’s something quirky in the law that makes it so; and however illogical it seems, you nevertheless must do it because that responsibility comes by virtue of the position that you hold.

Or how about this?

You decide that you want to clear out the clutter. No one ever looks at that stuff anyway. What you don’t know, however, is that there are some early studies among those notebooks, feasibility studies, for example, that go into considerable detail about the consequences of changing the things on your hit-list. If you ignore those few people who remember the value contained in them, then you could be discarding a lot of irreplaceable information that could cost your organisation dear.

END_OF_DOCUMENT_TOKEN_TO_BE_REPLACED

Feel good about being tough

“As CEO You OWE it to the GOOD to GET RID of the BAD, it’s the only way to Facilitate WINNING”

Others may have expressed it differently, I once heard;

“I wanted a happy culture. So I fired all the unhappy people.”

However you want to say it, factual or fluffy, too many companies put up with employees who are cancerous, slowly destroying all the good and ultimately the company.

This is either due to bad leaders not identifying the problem or even worse cowardly weak leaders who are in denial that the problem exists. Either way, by giving you examples of the type and their effect, I want to persuade you to deal with the problem where and when it arises.

END_OF_DOCUMENT_TOKEN_TO_BE_REPLACED

Your shopping cart is empty.